Media Links, manufacturer and pioneer in Media over IP transport technology, has appointed Tsukasa Sugawara as its new CEO, effective April 1, 2020. Tsukasa was previously Chief Technology Officer for the Company and succeeds John Dale III, who will remain actively involved in the role of Chief Marketing Officer. John also remains a board member ...

New Generation MD8000-100G Edition for the world’s most proven & trusted IP Transport Platform As demand surges for higher bandwidth at the network edge in order to transport more and more media channels, Media Links, manufacturer and pioneer in Media over IP transport technology, is introducing its new MD8000-100G Edition. Under the hood of the ...

Any well-crafted content needs some form of network transportation. Luckily, a company like Media Links has a handle on that. Networks that use equipment from Media Links are able to move uncompressed content in just a year in comparison to all other media content networks combined. Media Links’s reputation for high-quality, ultra-reliable networks illustrates ...

If the 2020 NAB show could have a theme to define it, then communication would be a perfect fit. The 2020 NAB Show is not only the ultimate media event. It is also a global gathering that exceeds an attendee estimate of over 90,000 guests from all layers of the broadcast/entertainment industry. That’s right. ... 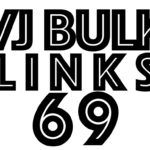