This edition rethought the combination of art and technology as tools of protest, to turn thinking into action, and invited us to interfere in a personal transformation to trigger a change in the future. In addition to this ingenious theme, the festival opened a new stage at Fabra i Coats, dedicated to multidimensional sound: the 3D Sound Room by Estrella Galicia.

For the live AV shows, we want to highlight some well-known artists that MIRA festival brought this year. Thursday Sam Shepert (AKA Floating Points) played accompanied by the visuals of Hammill Industries. Friday’s Av highlight was CLARK feat. Evelyn Bencicova and her show of a wide gamma of textures along with his characteristic techno. Alessandro Cortini also produced some emotional content through electronic sounds, with his warm and human visuals. On Saturday Biosphere performed a series of recordings and improvisations captured outdoors on the island of Senja, and Vessel and Pedro Maia presented the dualities of the human condition. But these are just some of the many artists who participated in this edition.

Some of the artists that surprised us at Audiovisual City were, on Friday, the Nihiloxica band, with their intercultural experiment, fusing the indigenous Bugandina percussion with dark European club music. Also, on Saturday, the duet of 700 Bliss, with who you clearly see a relationship with the theme of the festival, sounds and words are embodied in suffering and social alignment in an unfair world. And finally, Curl, on Saturday, where we could see an unexpected turn in the style of the band, showing a previous experimental work. The originality and strength of these artists left us astonished.

We show you some of the magical moments that we captured at the festival.

See on the map 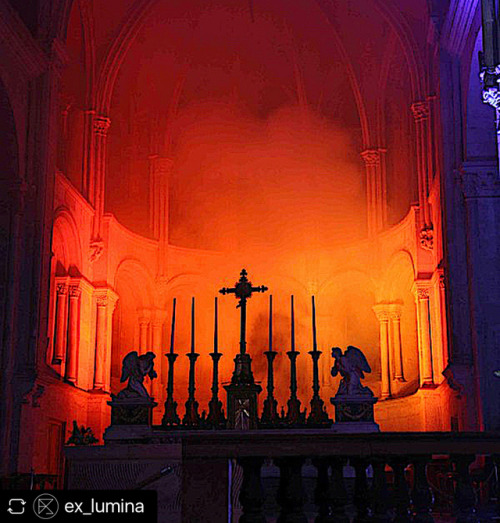 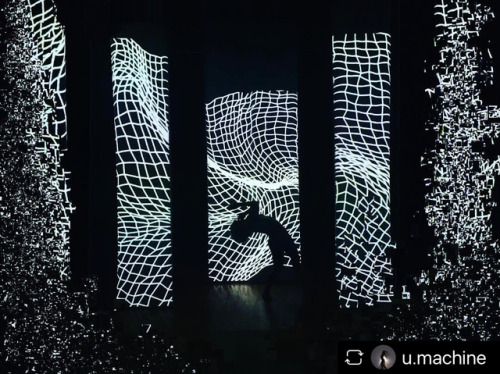 Summit Update April 19, 2019 We have finalized the TouchDesigner Summit 2019 program bringing together a roster of star operators from all over the world to deliver 45 workshops, 21 talks and of course wherever 350 TouchDesigneurs gather there will be no shortage of excitement on the side. Full program to be released soon followed […]

This is the first time Pixel n’Pepper had the chance of creating an interactive installation for children and parents. They chose the Origami theme to create small 3D paper scenes. ​​​​​​​Using a touch screen of 42 inches, the user was able to choose between 4 different themes in which he could select different animations and apply them to the facade of the Chapel Ste Foy, which was divided into 5 zones. The players could also play with 3D objects such as a planet, a giant squid or a lion, and make them move in real-time, or change their textures and colors.

Awake – An Interactive Painting from Sofia Aronov on Vimeo. Sofia Aronov’s “Awake” is an interactive painting that combines paint, projected light, and capacitive sensors to create an engaging, “choose-your-own-adventure” viewing experience. Viewers are guided to follow their curiosity and explore the coral reef painting. When viewers touch a piece of coral, the painting comes to life with projections of marine-lifeanimations. The experience for each […]

Envision is an interactive light installation by the french creative agency superbien. The project was created for alcatel-lucent’s presentation at the last mobile world congress. the installation utilizes sophisticated video mapping technology, which is able to scan its environment in three dimensions and project digitally onto these surfaces to create the illusion of physical lights. […]

Marcelo Vidal lives and works in Montevideo, where people don’t really care about media art. But our hero managed to create his video mapping company, develop the field from a scratch, play with Ricardo Villalobos and visit a lot of international festivals. In this interview, Marcelo describes the most important steps in his career and […]

The post First and Only Video Mapping in Uruguay and How to Project Onto Rocks appeared first on LUMEN.

For it’s open doors day, Skynight in collaboration with Key Labs, created a racetrack projected on the floor of it’s warehouse, with real remote-control cars racing onto it.
To make the experience close to video games, the cars would flash in red every time they were out of the track and particles were generated in real time to create exhaust fumes behind the vehicles.
A smaller 2D version of the racetrack was displayed on a TV screen, giving information about the real-time position of each car and the number of laps it had completed.

This was all made possible thanks to BlackTrax technology to track the cars in real-time, and Modulo Kinetic using the tracking information to generate real-time particules and other projection effects on the moving cars.