Parties extend existing partnership with secure storage and one-click distribution of content to film festivals around the world Secure storage and distribution are enabled by the DVnor Organizer solution integrated with NAGRA content protection technologies Cheseaux, Switzerland, and Phoenix (AZ), USA – February 17, 2020 – NAGRA, a Kudelski Group (SIX:KUD.S) company and the ...

Today’s content creation environment can be summed up in one word: more. More content, more demand for efficiencies, more high-resolution files, and more need for faster turnaround, amid static or even shrinking budgets. It all adds up to more pressure and a daunting challenge for the media and entertainment industry. New workflow complexities, formats and ...

One of the unique aspects about entertainment as a whole, is the connection between the creator and the audience. The 2020 NAB Show is about expanding that very connection. This coming April, the 2020 NAB Show will be taking place at the Las Vegas Convention center, where over 90,000 professionals from the broadcast industry ...

At the 2020 NAB Show, Telestream®, a leading provider of workflow automation, media processing, quality monitoring, and test and measurement solutions for the production and distribution of video, will demonstrate new enhancements to Vantage Cloud Port, PRISM, and its iQ monitoring solutions from a new location in the front of NAB’s South Lower Hall. ...

Every content creator operating within the broadcasting industry understands that the value of good content is measured in the value of the programming implemented in its presentation. High-quality content isn’t a rare gem to be discovered, but that goes differently for something as unique as high-quality programming. A creator’s content must not only embody ...

Everyone in the broadcast industry has a unique talent to help shape the brand that markets the many voices within it. Whether a creative’s field of specialty ranges from content creation, technology, or media entertainment, the one thing a broadcast professional needs, is a good camera. Z3 Technology is known for having a ...

One of the major highlights of the 2020 NAB Show this April isn’t simply the large gathering of industry professionals attending when the idea of engagement is the higher prospect to take into account. The 2020 NAB Show functions as the ultimate media event with the sole purpose of gathering technology, media, entertainment, and ...

When the OMEN Challenge 2019 was held in London in September 2019, disguise gx 2c and gx 1 media servers powered the real-time generative Notch content that accompanied the gameplay. The esports event was the first to be broadcast using disguise xR workflows, which combined Augmented, Virtual and Mixed Reality technologies. The fifth annual OMEN ...

Atomos announces a new technical collaboration that makes recording and monitoring a HD live-switched multi-camera shoot on Roland video switcher easier than ever. When recording a feed on an Atomos monitor-recorder from the new Roland V-8HD HD Video Switcher you can now trigger recording directly from the switcher. The Roland V-8HD is the smart 8-input, ...

Aside from being the ultimate media gathering, the 2020 NAB Show provides content professionals from all over the globe the chance to create superior audio and visual experiences. That’s right, any media, entertainment and tech pros looking to drive listeners and viewers by the masses can look no further than the 2020 NAB Show ...

The content of a creative broadcaster is essential if they plan to market their work as a brand. The delivery of the content is an entirely different manner when factoring in the diverse methods in which a brand can be distributed and what the ultimate benefit it can bring the broadcasters in the long ...

An annual global event like the 2020 NAB Show is host to many professionals within the entertainment/media industry. For tech professionals, this is a great opportunity to invest their time and energy into a computer networking company like Arista, which has pioneered software-driven, cognitive cloud networking for large-scale datacenter and campus environments. This company ...

Good content is essential to the communication of any brand or voice. Grass Valley specializes in that area as it works to empower customers in creating, controlling and connecting content wherever, however, and whenever it is consumed. There will be plenty of content to consume at the Grass Valley exhibit this April at the ...

The American Society of Cinematographers (ASC) has nominated eight feature films in the Theatrical and Spotlight categories of the 34th ASC Outstanding Achievement Awards. Winners will be named at the organization’s annual awards on January 25 at the Ray Dolby Ballroom at Hollywood & Highland. This year’s nominees are: Theatrical Release Roger Deakins, ASC, BSC ...

This Christmas Season will have everyone celebrating in holiday-spirit mode! Even high caliber tech nerds much like us from the broadcast and post-production realm are ready for the holly jolly Christmas up ahead! In staying true with the holiday tradition, Ryan Salazar of Broadcast Beat Magazine asked Christmas lovers on many of our social media ...

What Broadcast Can Learn from Hollywood

By Jason Coari, Director of Product Marketing, Quantum For most of modern history, technology evolution has arrived in such a manner that innovation is driven by the application of technology to more and more specific use cases. In the automotive world, there was once just one type of rubber compound used for tires across all ...

Esports Shapeshifting with NewTek and NDI®

By Victor Borachuk, Executive Producer/Director of JupiterReturn Broadcasting esports requires perhaps one of the most fluid and dynamic production environments in live video production. Esports takes the idea of creative reflex to another level in terms of core competencies. Consider the above in the setting of the largest gaming expo in Latin America, and we ...

CAMBRIDGE, UK, 5 DECEMBER 2019: Media asset management software provider IPV has confirmed details of new growth capital that will enable it to further expand the global reach of its acclaimed MAM product, Curator. The £4m Series A round was led by SME-focused venture capital firm Mobeus Equity Partners, with additional ongoing finance secured from ...

HERMOSA BEACH, CA Imagine a picturesque place that’s sunny and pleasant year-round, where live music is often performed on gorgeous beaches near nightlife, bars, and a world-famous comedy club. While this may sound like a distant dream for most, for Brian Sheil it’s a dream come true. His dream of working in comedy and music ...

Broadcasters look to virtual programming to exploit their content libraries

KCRW recently relocated from the basement of a building on the Santa Monica College main campus, to a new state-of-the-art $38-million headquarters at Santa Monica College’s new Center for Media and Design. This new facility is a culmination of 11 years of fundraising, designing, installing, integrating, and training by KCRW staff and the partners involved ... 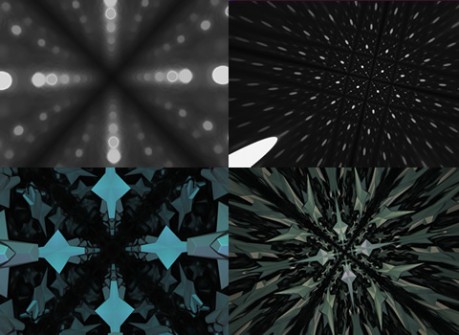 Enjoy the power of shaders in Bazik !
Comments welcome !